Venture off the beaten path

We all want to be special and different. We want to experience the extraordinary and the things people dream about—yet we all do the same things. Why? Because we’re intimidated by the idea of not living within societal norms. We’re taught to conform to the status quo and the opinions and behaviors of others.

Guess what? You don’t have to experience the world in the way you’re told to or the way other people expect you to. No matter what you’ve been told, what’s happened to you or what mistakes you’ve made, you’ve got this moment forward to do something radically different.

It’s not always easy going against the grain, but that’s often where the magic happens! I’ve found this to be true from my own life experience as well as from working with companies at my Vancouver branding agency. When we follow the status quo, it constrains our ability to innovate and achieve radical success.

The reason we get stuck in mediocrity is because we feel validated and reassured with the usual ways of thinking and doing, and because as research has consistently found that we weigh the potential losses of deviating from the status quo much more heavily than we do the potential gains.

If you have ambitions such as launching your own business, becoming a successful athlete, living in a sprinter van or having an atypical relationship, than I’m telling you, definitely get curious about embracing your maverickism and make it happen.

“You have your way. I have my way. There’s no right way.” ― Friedrich Nietzsche

I feel the need…

Mavericks are essential to society. They think differently, act differently and are always taking you by surprise. Many mavericks take mischievous delight in shaking things up, but not in a bad way. Some of the most successful people in the world are mavericks; Sir Richard Branson, Amelia Earhart, Elon Musk and Martin Luther King Jr.

Having a maverick business mindset is a worthwhile trait to have as an entrepreneur, within a startup or for any brand who really wants to get ahead of the pack. Mavericks tend to be innovative, independently minded, goal-focused and successful through risk-taking. They’re the ones who eagerly make decisions that fly in the face of business-as-usual and they deliberately turn traditions up-side-down —and when it comes to thriving in a hyper-competitive marketplace, this is invaluable because “playing it safe” is no longer playing it smart.

Becoming a maverick means you’re willing to take action, step out of your comfort zone and risk doing things a bit differently in pursuit of a goal. Mavericks challenge themselves by being comfortable with the uncomfortable and in doing so, make a difference and discover the extraordinary.

A rebel with a cause

With their unusual ways, strong wills and high standards, rebels often create friction and conflict. But true rebels don’t break the rules just for the sake of being different, their beliefs run deep in finding more than one answer to things. If they’re told something cannot be done, they ask why not? There is method to the rebel’s madness.

Despite getting a bad rap, rebels are generally well-intentioned alongside their very passionate and determined mindset. They embrace diversity, challenge and change, which are all positive behaviours and show an element of courage. Rebels advance regardless of approval from others. They will not falter or be halted by other people saying, “This can’t be done” or “You’re doing it wrong”. Their response is typically “Thanks, I’m going for it anyway!”. Rebels don’t focus on failure or worry about doing it wrong, they see something others cannot.

Becoming a Mutineer will set you free

Mavericks, Rebels and Mutineers are passionate about going their own path, but they also have a humble acknowledgment that their perspective isn’t the only perspective—their x-factor is in the ability to see through many lenses. They can teach us that if you ask empowering questions, get curious, show empathy and genuinely attempt to increase your understanding of different perspectives, it leads to more compassion, goodwill and love.

Rules of becoming a rebel

There are no rules

Question everything and challenge yourself to learn from people who have varying perspectives. There are no rules when it comes to life, love and business.

If you want to know who your real friends are, start expressing your rebellious ideas to everyone. Some people will slowly back away in confusion, but others will latch on to your idea and help you any way they can—these folks are your first tribe members.

Do the opposite of everyone else

A good way to be successful in life is to simply watch what most do in a given situation and then do the opposite. People have a herd mentality and often move in one direction, but I’ve found that opportunity lies in the opposite direction, and sometimes the potential of an idea isn’t initially obvious until you explore uncharted territory.

Go with your gut

Rebels trust their gut more than their head because they think less about “should.” Rebels often have ideas about the next big thing before many people have made it through their weekly to-do list. This is likely because their curiosity and power of inquisitiveness gives them a leg up on making intuitive decisions.

Here are a few of the most common choices people make in life. Ask yourself, what could happen if you decided to do the opposite?

Too many people accept the status quo and don’t consciously choose what they want because they were brought up in a system that doesn’t have their individual interests and talents at heart. Rules were made for the masses, not necessarily for you.

Blaze your own trail

You’re on this earth to be you, so be you. Understanding that there’s no right path, there’s only the path you choose will free you to dive deep into your passions and desires and it will amplify your impact on the world. So get a little rebellious; explore, fail and to go after what you want because the life of a maverick is a lot more interesting that a life of what if. 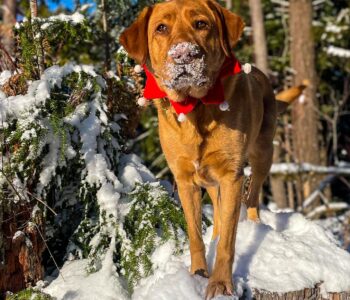